Now, the world is worrying anew.

An outbreak originating in China and reaching beyond its borders has summoned fresh fears, sending markets into a wealth-destroying tailspin. It has provoked alarm that the world economy may be in for another shock, offsetting the benefits of the trade truce and the geopolitical easing, and providing new reason for businesses and households to hunker down.

On Monday, investors dumped stocks on exchanges from Asia to Europe to North America. They entrusted their money to traditional safe havens, pushing up the value of the yen, the dollar and gold. They pushed down the price of oil over fears that weaker economies would spell less demand for fuel.
By late Monday, the virus had killed more than 100 people in China. More than 4,500 had been infected — mostly in mainland China, but also in Hong Kong, Japan, Macau, Malaysia, Nepal, Singapore, South Korea, Taiwan, Thailand and Vietnam, and as far away as Australia, Canada and the United States.

The emergence of the virus in China, whose government jails journalists and tightly controls information, left the world uncomfortably short of facts needed to assess the dangers.

“It’s the uncertainty of how the global economy is going to respond to the outbreak,” said Philip Shaw, chief economist at Investec, a specialist bank in London. That will depend on the severity, the spread and the duration of the outbreak, he said, and “we don’t really know the answers to any of these questions.”

What was left to the imagination resonated as a reason for investors to unload anything less than a sure thing.

Stocks in Japan and Europe fell more than 2 percent. In New York, the S&P 500 was down 1.6 percent, with stocks of companies whose sales are dependent on China especially susceptible. Wynn Resorts, which operates casinos in the gambling haven of Macau, a special administrative region of China, dropped more than 8 percent.

The virus and its attendant unknowns conjured memories of another deadly illness that began in China, the 2002-3 outbreak of severe acute respiratory syndrome, or SARS, which killed nearly 800 people.

“In many ways, it looks similar,” said Nicholas R. Lardy, a China expert and senior fellow at the Peterson Institute for International Economics in Washington. “We are seeing fast increases in the number of cases. The hospitals are overwhelmed and are not even able to test people with symptoms. I’m expecting the cases to go way, way up.”

In the end, SARS significantly slowed the Chinese economy, dropping the annual growth rate to 9.1 percent in the second quarter of 2003 from 11.1 percent in the previous quarter, according to Oxford Economics, an independent research institute in London.

The episode is coinciding with the Lunar New Year, a major holiday in which hundreds of millions of Chinese journey to their hometowns to visit relatives.

With air, rail and road links in central China restricted as the government seeks to block the spread of the virus, hotels, restaurants and other tourism-related businesses are likely to suffer.

Some economists assume that those effects will quickly dissipate, leading to a revival in the consumer economy within months. That is how events played out in 2003.

“Our baseline is that it will be a fairly big impact but relatively short-lived,” said Louis Kuijs, the Hong Kong-based head of Asia economics at Oxford Economics.

In the hopeful view, economic damage will be contained by the Chinese government’s aggressive response in effectively quarantining the outbreak’s center — Wuhan, a city of 11 million people, and much of the surrounding area in Hubei Province.

But Wuhan is a hub of industry, sometimes called the Chicago of China, intensifying the quarantine’s implications for the national economy.

“This is really unprecedented,” Mr. Lardy said. “The economic effects may be much larger than SARS. Wuhan is a major industrial city, and if you’re basically shutting it down, it’s going to have a major effect. 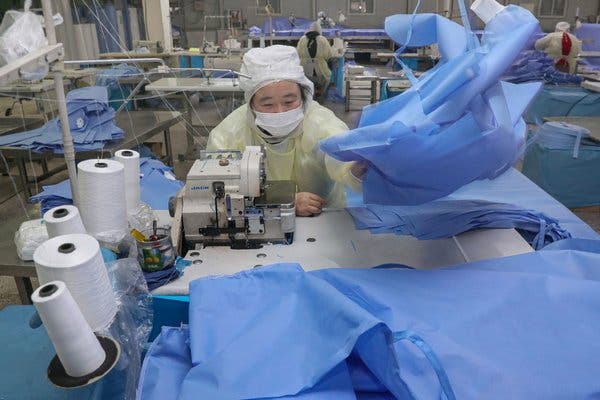 Already, China’s government has extended the Lunar New Year holiday by three days, through Feb. 2, ensuring that migrant workers will not return to their factory jobs as soon as anticipated, almost certainly disrupting production. Suzhou, a major industrial city near Shanghai, has extended the holiday until at least Feb. 8.

Given that China’s economy is the source of roughly one-third of world economic growth, the slowdown could be felt widely.

Most directly, China’s neighbors would absorb the effects, especially those dependent on tourists from China — among them Hong Kong, the Philippines, Singapore, Thailand and Vietnam. Over the weekend, China announced that it was barring overseas group tours by its citizens.

If China’s factories are hobbled by additional restrictions on transportation that limit factory production, that could become a global event. It could hit iron ore mines in Australia and India that feed raw materials into China’s smelters. It could limit sales of computer chips and glass panel displays made at plants in Malaysia and South Korea.

It could trim sales of factory machinery produced in Germany and auto parts made in the Czech Republic, Hungary and Poland. It could even affect the purchases of additional American farm goods that China agreed to under the trade deal signed this month.

The shock is hitting just as China contends with its slowest pace of economic growth in decades, reviving fears that its reduced appetite for the goods and services of the world could jeopardize jobs on multiple shores.

“China is obviously slowing down in a structural way,” said Silvia Dall’Angelo, senior economist at Hermes Investment Management in London. “The global economy is clearly more shaky, with sluggish growth. It is clearly more vulnerable to shocks.”

The SARS outbreak prompted the government to stimulate the Chinese economy by directing surges of credit that financed huge infrastructure projects. But whatever damage China confronts this time, its willingness to respond will be limited by the government’s concerns about mounting public debt. 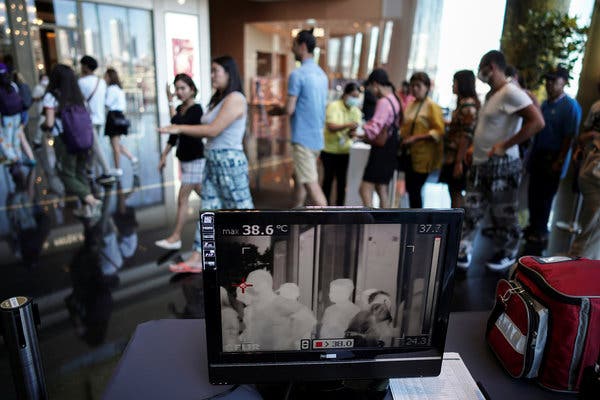 “They are much more constrained now,” said Mr. Lardy, the China expert. “I think people underestimate the conviction that the top leadership has, that they really want to reduce financial risk.”

But as global investors try to gauge the outlook, one element is the same as ever in China: Information is scarce. Trust in the authorities is minimal.

During the SARS outbreak, the government was slow to acknowledge the existence of the virus as local officials actively covered up cases, allowing the threat to multiply.

This time, the government has sought to project the sense that it is forthrightly reckoning with the crisis. President Xi Jinping has publicly acknowledged the threat while warning local officials not to hide reports of trouble.

But in the current moment of agitation, any perceived lack of information tends to weigh in as bad news.

“This is, of course, still a government system where transparency is not really held up as an important criterion,” Mr. Kuijs of Oxford Economics said. “This is still an overall system in which discretionary decisions by bureaucrats are driving everything instead of very clear rules.”

Alibaba and Tencent Donate US$432 million to Boost Frontline Efforts in Hubei...
Scroll to top